I was interviewed for a piece on South Asian philanthropy in the Pacific Northwest for December’s issue of Seattle Magazine. Check it out!

“There is a propensity for the Indian community to give to orgs that are doing work in India,” says Badshah. The contributions helped establish a culture of global giving at the burgeoning tech giant, and came at a time when the region as a whole was re-envisioning itself as an international economic player. “The economic explosion and upward mobility of the tech sector and of Seattle has been paralleled in certain communities…. South Asians are an example,” says Amy Bhatt, an assistant professor at the University of Maryland, Baltimore County.

Bhatt, who earned her doctorate at the University of Washington, studies South Asian migration trends in the tech industry. “There’s a lot of wealth that has accumulated here.”As a result, that first generation of international tech workers helped incubate a number of nonprofits and foundations. For Srilata Remala’s father, Rao Remala, Microsoft’s first Indian hire, giving back was a way to stay connected to his home country.“He really struggled to get an education,” says Remala of her father, who wrote the original code for Microsoft Windows. “The village that he [grew up] in didn’t have a hospital…. He decided he wanted to give back so that children can have a better chance to succeed, like he did.”

That giving back took the form of a family foundation, now primarily run by Remala, 31, and her sister Srilakshmi Remala Kamdar, 36. Both women donate the family’s charitable funds locally and abroad. The foundation made a recent $500,000 donation to the United Way of King County for youth programming and a $15,000 donation to the Seattle-based Infectious Disease Research Institute to help combat chikungunya—a mosquito-borne disease that has infected members of Remala’s own family back in southern India.

In this short documentary about the landmark 1965 Immigration and Nationality Act, I talk about the role that early South Asians played in transforming American immigration.

Check out the documentary, “Immigration Reform, A Work in Progress” on KCTS’s website!

In this special feature in The Seattle Times’s Pacific NW Magazine, I discuss the issues that H-4 visa holders face when living in the United States.

In this article in The Wall Street Journal, I discuss the reasons why non-resident Indians feel attached to their citizenship and how the Indian government is encouraging those links.

I published a chapter in the 2015 edited collection Transnational Migration and Asia: The Question of Return, (editor Michiel Baas, Amsterdam University Press) discussing the experience migrants have when they return to India after living abroad. 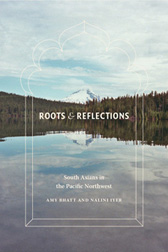 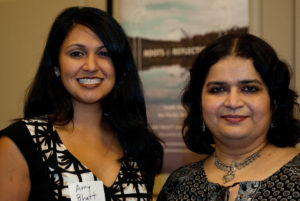 On March 1, 2013, Nalini and I had the pleasure of launching Roots and Reflections at a fabulous event hosted by the University of Washington Libraries and the University of Washington Press. We did a reading from the book and the Libraries honored each of the narrators who participated in the South Asian Oral History Project with a copy of the book. Over 100 people attended the event! 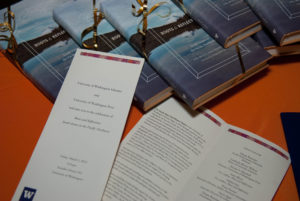 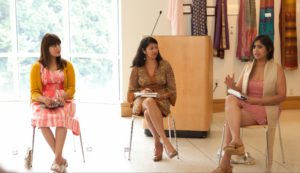 In May, I had the chance to participate in a book reading with local authors Sonora Jha and Shahana Dattagupta as part of the Aaina: South Asian Women’s Focus sponsored by Tasveer and hosted at the Seattle Asian Art Museum. We had a great turn-out and the authors dialogued around the themes of story-telling, creative and material history, and the move between various mediums of authorship.

Spring semester is over and the Baltimore summer is quickly heating up. It’s been a busy few months–in April, Nalini and I gave a talk on Roots and Reflections at the University of Washington South Asia Center. During the same trip to Seattle, I organized a panel for the Association of Asian American Studies entitled “Contestations and Collaborations: Creating Asian American Archives and the Challenges of Representation” with Samip Mallick from the South Asian American Digital Archive, Neena Makhija from the Sindhi Voices Project, and Theo Gonzalves, professor of American Studies at UMBC.  My paper, “From Observer to Insider to Observer: The Challenges and Possibilities of Community Based Research” explored the issues that arise when representing community histories and working with institutional and community partners who are invested in retaining historical narratives of South Asian success.

I also gave a workshop for the University of Washington Women, Gender, Sexuality Studies Department titled: “What’s Next: Moving Beyond Graduate School with Your Feminist Studies PhD.”