I had the pleasure with speaking with The Seattle Times about my research on H-4 visa holders in this feature on immigration published on February 18, 2018: “With work permits in limbo, spouses of H-1B visa holders worry they’ll lose jobs.”

I had the pleasure of writing for the #GenderAnd series in The Indian Express. In this piece, “From dependents to deportees: How US immigration policy is impacting Indian families,” I write about the impacts that changes to the H-1B/H-4 visa program are likely to have on Indian families in the U.S. and call for greater immigrant alliances.

From dependents to deportees: How US immigration policy is impacting Indian families

Within the first year of Donald Trump’s presidency, the world has seen him make good on several election promises intended to stymie the flow of immigrants to the United States. Besides instituting the “Muslim travel ban,” heightening the scrutiny of refugees and asylum seekers, ending protected status programs for Haitians, Nicaraguans and El Salvadorans, and removing work authorization for undocumented youth, Trump’s administration has taken direct aim at the Indian-dominated H-1B and H-4 visa programs. This latest round has ramifications for hundreds of thousands of temporary immigrants and particularly hurts women who migrate through family reunification programs.

The H-1B visa program brings high-skilled workers to the US to work in fields such as technology, finance and education. It is granted for three to six years and is a “dual-intent” visa, which means its holders can apply for permanent residency and eventually, US citizenship. The program, which has been in effect in its current form since 1990, also allows spouses and children under the age of 21 years to migrate with workers on the H-4 family reunification visa.

In recent months, Trump has taken steps to severely curtail this program, creating havoc for families who have been living and working the US for years. After announcing the “Buy American, Hire American” plan, the White House quickly proposed rescinding work authorization for some H-4 visa holders and to eliminate visa extensions for H-1B workers who are in the process of applying for permanent residency. 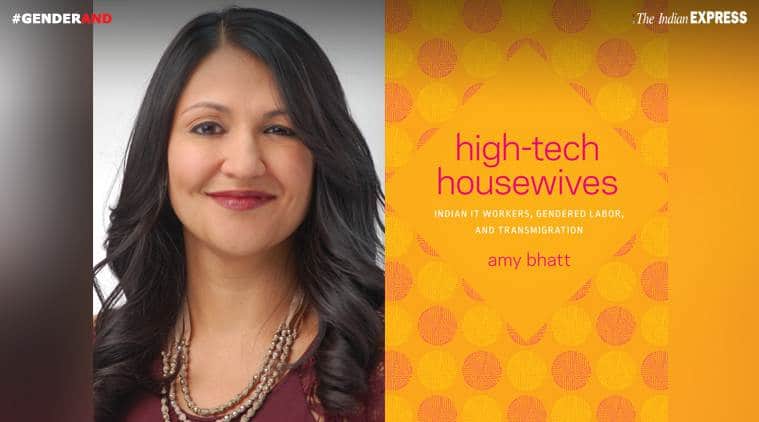 These changes are intended to reduce foreign competition to the US workforce. By restricting high-tech workers’ spouses and workers already in the process of changing from “temporary” to “permanent” status, the current administration hopes to push immigrants to “self-deport”. While this is not the first time the Indian community has faced restrictive immigration policies, there is a renewed fervor to limit families from immigrating and settling in the US. 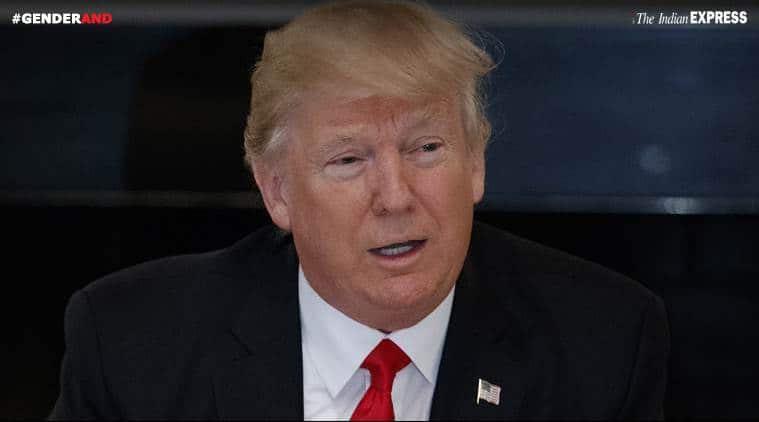 For her book, High Tech Housewives: Indian IT Workers, Gendered Labor and Transmigration, this author conducted over a hundred interviews with H-1B and H-4 visa holders to understand how their lives were shaped by the temporary work program. Overwhelmingly, the women who migrate to the US are often highly-educated and trained professionals. However, if they come through the H-1B program as spouses, they are considered “dependents” and unable to work.

This forced hiatus from the labor market made them economically vulnerable and forced them into the position of “housewife,” even though they may have had robust careers while living in their home countries. While many readily make that trade-off in order to support their spouses’ careers or to pursue new economic opportunities for their families, the cost they bear is high.

In 2015, President Obama issued an executive order granting work authorization for some H-4 visa holders. However, with the Trump administration’s latest policy change, this lifeline for dependent spouses is now in jeopardy.

Radha (name changed) is a classic case of an H-4 visa holder who will be hurt by changes to the program. Though she had been working in Chennai, after she joined her husband in Seattle in 2010, she was forced to take a break from working when his visa changed. “Back home, you are something, but when you come the US, you are just your husband’s baggage,”she recalls.

She spent her first few years in the US getting certifications to work as a certified public accountant. However, she was unable to put her training to use. After the Obama-era rule change, she was granted work authorization and began working again. “It’s a big deal, the financial independence, taking a break from the house, and to keep intellectually occupied,” Radha added, “it’s the American dream where both people are working and earning.” 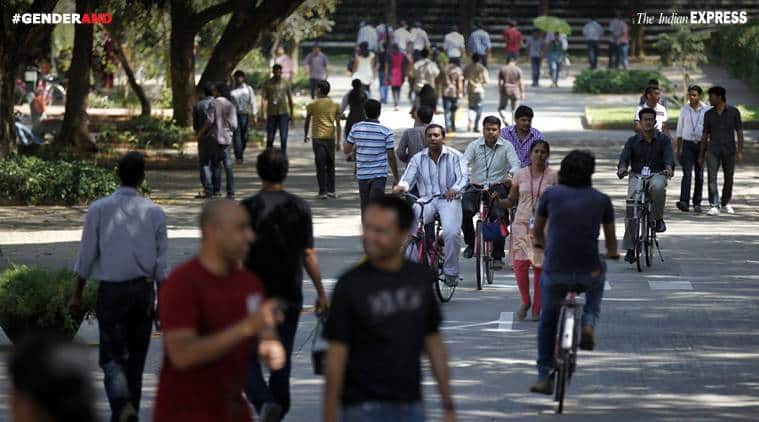 Being stripped of her ability to work would be a blow for Radha, no doubt. But even worse would be the possibility that her and her husband’s visas would not be extended while they await their green card. As of January 2018, the US government is processing green card applications of H-1B visa holders filed in 2008. Radha is frustrated: “We don’t have any sense of security now. We are afraid to even visit India in case they don’t let us back in. We have worked so hard and now we are in this limbo.”

Likewise, Bhanu (name changed), was eager to start working after being in the US for more than a decade. With a Master’s degree in computer science and five years of software experience in India, she left her job after her husband accepted a temporary position abroad.  When she finally got her employment authorisation, she faced a new obstacle: how to overcome the long gaps in her resume?

Though she switched careers and was able to start working as a teacher, with the pending policy changes, Bhanu could be forced back home: “Without a work permit here, life in America is hell. It’s really frustrating. Volunteering is fine, but when you do the full-time volunteering, school or anywhere, you get the feeling that, are we servants just to work and not get paid?”

The case of high-skilled migration is only one front of the anti-immigration onslaught. Even though the rationale of  H-1B/H-4 restrictions are presumably to benefit American workers, there is a more insidious goal: reducing the numbers of immigrant families overall. Now framed as “chain migration,” new attempts to cut back on family based immigration for all are afoot in Congress and the White House. 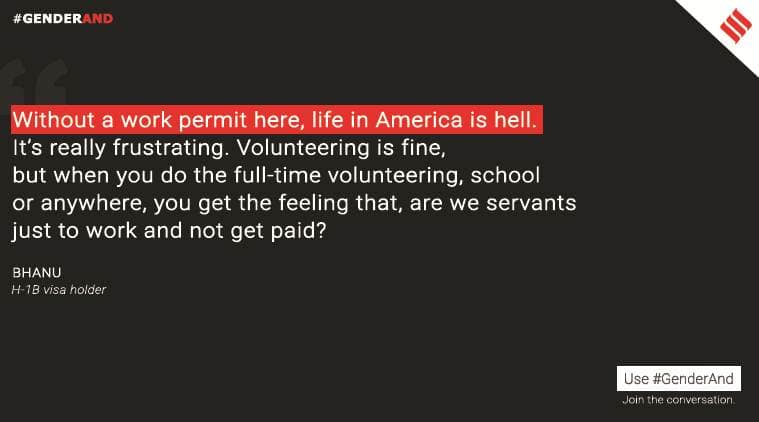 Even though family reunification has been recognized as a human right by the United Nations and a key part of American history, these policy changes represent a fundamental shift in how the nation sees itself and the rest of the world. These attacks are also intended to sow discord by pitting “skilled” against “unskilled” immigrants.
From “Dreamers” to software developers, a comprehensive strategy is needed that pushes back against these various attempts to keep immigrants and their families out. “America First” should never mean “American only”.

#GenderAnd is dedicated to the coverage of Gender across intersections. You can read our reportage here.

In White men may be biggest winners when a city snags Amazon’s HQ2, Dillon Mahmoudi and I use our research to examine the potential gender and race effects of Amazon’s HQ2 on host cities.

“Cities have long been known for “smokestack chasing,” or offering lucrative tax incentives and other subsidies to lure companies or factories from elsewhere. These policies often don’t work.

You might call today’s race to get Amazon’s second headquarters a modern form of that phenomenon as municipalities compete in a zero-sum game for tech company outposts.

Yet all of the presumed economic benefits are problematically predicated on the companies’ continued growth, which is never a sure thing. The negative impacts, however, are much more certain.”

Read more at The Conversation.